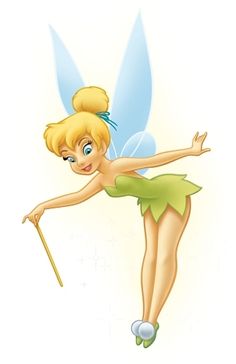 As you heard today I am a huge Walt Disney fan. Walt Disney was a man with a lot of ambition, courage and most importantly he had incredible DREAMS. His dreams were out of this world, like creating the greatest animation company in the world. The problem for Walt and most people who like to dream, they usually fall short on the money side of things. Walt knew that without financial backing his dreams would not come to fruition.
Enter his brother Roy, Roy Disney was brilliant with money, Roy believed in Walt but never really bought into Walt’s dreams. Roy always thought that Walt was going too far, maybe even a little crazy. Roy thought Walt should settle for a part of the dream, or maybe half of the dream. But Walt wouldn’t have anything to do with completing part of a dream, that wasn’t in his DNA. NO, it was all or nothing for Walt. Walt and Roy would argue all the time, and naturally Walt would always win.
And it is a good thing that Walt won, because the Disney Empire which is worth billions today, wouldn’t exist. Walt held on tight to his dreams, he prayed long and worked hard and whether they seemed practical or not, he knew in his core being that his dreams would happen.
The beauty of the mind of Walt Disney was that he never took in consideration what he didn’t have, he knew by prayer that it was all going to work out just like he imagined. Walt had the keen ability to see the end project in his mind before he ever lifted a finger to accomplish it.
Parish Council and I just completed what I call a “dream session”. This was entertaining to say the least, I gave them a magic wand with three wishes to spend on Mary, Queen of Heaven.
Our dreams consisted of a brand new church, we had the sharpest adoration chapel you could ever imagine. We had dreamt of a 500 seat parish center with all the works, and a stage with an awesome surround sound system.
We dreamed that we had enough students to have 2 classrooms per each grade, we dreamed that we had enough money that every parishioner would be able to send their child here for free. (Now that is dreaming)
The point of having a dream session is to get away from the road blocks, to steer clear of the negative things in our lives, those things that always seem to say to us, “you just can’t do it”.
What was most interesting was our focus on you the parishioner and our children in our school. Our concentration was how can we better serve you, what can we do to make a difference this year from a practical view point in your lives.
The first step to this plan we felt was to get a digital sign that will make our campus pop. This sign will be sending out the subconscious message that the MQH School is up to speed on technology and more importantly it will help us promote the great things that are happening in both our parish and our fantastic school. Stay tuned, more unveiling in the next few months.
What I learned from studying the life of Walt Disney was this, every Walt (the dreamer) needs a Roy (the financier). I think you and I can both be Walt and Roy, Help me dream the DREAMS for your children, your family, and our faith community. Help me put into action our dreams by first praying and then supporting our dreams by our time, treasure and talents.
Mary, Queen of Heaven is truly the happiest place on earth for me, I hope I can make that statement true for you as well.
God Bless +
Deacon Larry